Microsoft has just released latest preview build for Windows 10 which is known as the January Build or Technical Preview 2. This release contains build version 9926. Latest build comes with Cortana and XBOX features which were demonstrated few days back at the Public event held by Microsoft.

In order to obtain this build, you need to either be a Windows Insider (join for free https://insider.windows.com) or it’s possible to download from MSDN Subscription.

Following downloads are available for me within my MSDN Subscription 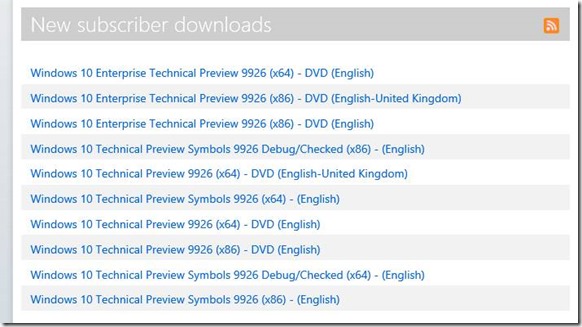 There’s also an update released to fix some of the issues in the current preview build. Once installation completes, make sure that you go ahead and do a windows update scan to obtain latest hotfixes. Following issues were fixed by Microsoft by releasing an update.

Once my download finishes, I will post back with more details and my experience on Windows 10 Preview