By Nirmal Madhawa Thewarathanthri in SQL, System Center on 24 June, 2015
No comments

Reaching out to the product team, we don’t have any method of slipstreaming RTM Media to support for SQL 2014 install at this point in time. which means that the only option available is to first install against SQL 2012 Server and then upgrade to SQL 2014.

**Note that SharePoint 2010 is not supported with SQL 2014. if you have deployed Service Manager Self-Service Portal on the same SQL Server you will not be able to proceed ahead with the upgrade. Also not that SQL 2014 SP1 is not yet supported for Service Manager 2012 R2 CU6. Support for SQL 2014 SP1 will be added on a future update rollup. 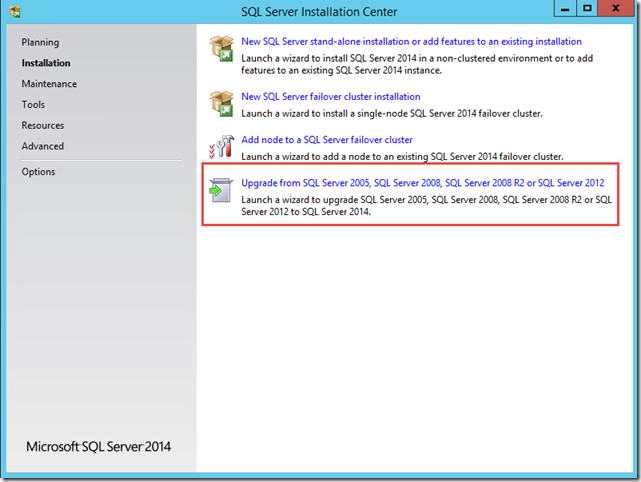 Proceed ahead and make sure that it’s not an evaluation edition if you are doing a production deployment.

I have selected not to check for Updates at this point in time, and I will update SQL 2014 manually with supported CUs at a later stage. As pointed out before, Service Manager 2012 R2 UR6 does not support SQL 2014 SP1.

Select SQL Features which needs to be upgraded 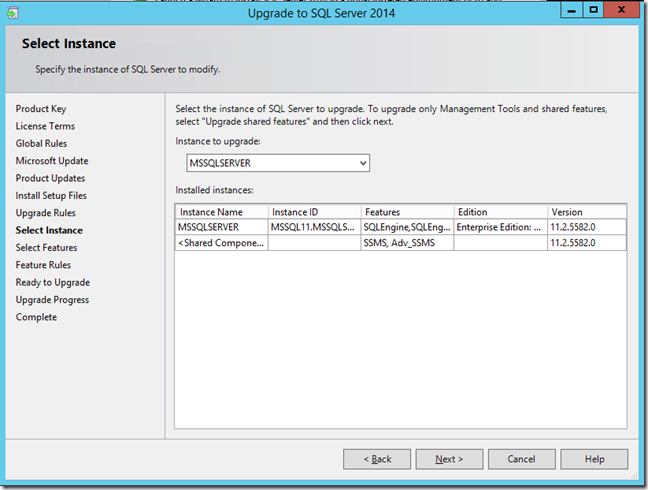 I have selected to re-build full-text search in this option. optionally you could also select Import option.

Summery Page and ready for the upgrade 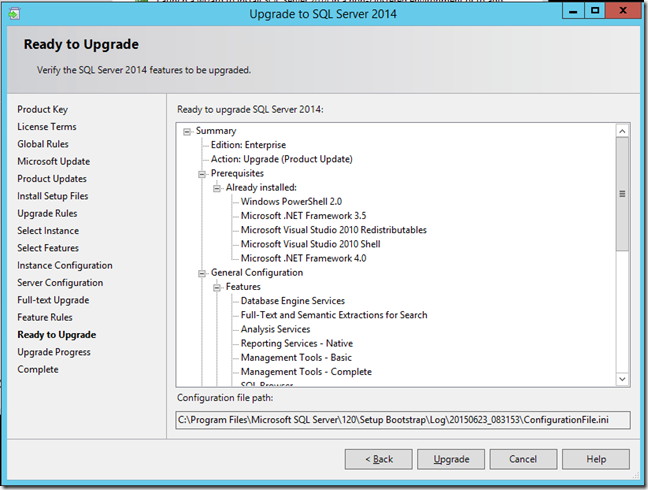 After few minutes, you can review SQL Upgrade status and check if all components were upgraded to SQL 2014